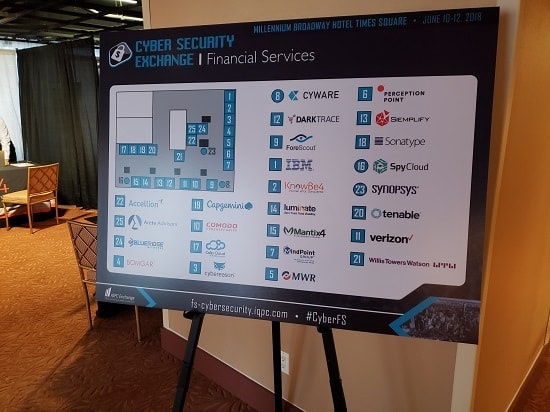 Financial services has been likened to the “bellwether” of the wider cyber security space – always at the forefront, shouldered into innovative change to adapt to a complex threat and regulatory landscape.

This is where industry events, or exchanges, as designated grounds for discourse and benchmarks, become integral. IQPC’s Cyber Security Exchange: Financial Services, is being held from June 10-12, 2018 in the financial capital of the world, New York City.

The exchange kicked off with presentations on the ongoing – and pervasive – talent crisis in the space, followed by a session on third-party vendor (risk) management.

Devon Bryan, EVP and Chief Information Security Officer (CISO), Federal Reserve System, kicked off the three-day event with his take on the skills gap, and ways to mitigate it from a grassroots, macro level.

Bryan said that financial motivation remains a key driving factor into breaches, along with espionage. The speaker also said insiders pose a real threat in the organization, too. What’s required to ameliorate this situation? Perhaps large-scale changes. This is especially true in the small business community. Small and midsize businesses (SMB) drive economic growth, so the fact that they’re increasingly under fire means the cyber security community may need to revamp its efforts.

Bryan added that in August 2017, there were an estimated 300,000 unfilled cyber security jobs. A staggering number of CISOs reported a workforce deficiency. The speaker said that perhaps models can be drawn from Israel’s efforts to strengthen its workforce; this is especially true with its Unit 8200, an Intelligence Corps. unit responsible for collecting signal intelligence (SIGNIT) and code decryption.

Bryan said that Israel does a nice job of recruiting talent from an early age; students with a knack for computer science are recruited into 8200. The speaker wrapped up this point by saying that national-level programs could further the security space – especially those geared around identifying students early enough in the pipeline to address unique challenges.

See Related: The Many 'Arms' Of Today's Cyber Security Team: An Inside Look

The Federal Reserve CISO continued, saying that culture is a product of “toolset, skillset and mindset.” He advocated “rethinking cyber security education” and exposing students at a younger age.

In the session, Bryan noted that much of the “kerfuffle” surrounding curriculum traces back to states’ rights issues – something that Israel does not encounter in its recruitment efforts.

“We need some major push, a countrywide adoption of something like the (Israeli setup),” he said. Other attendees also suggested “gamifying” the security space at a young age, along with Capture the Flag (CTF) exercises, and even a national skills “catalog” that can encourage discussion. Tapping into the veteran population along with non-traditional STEM candidates could also prove fruitful, Bryan said. 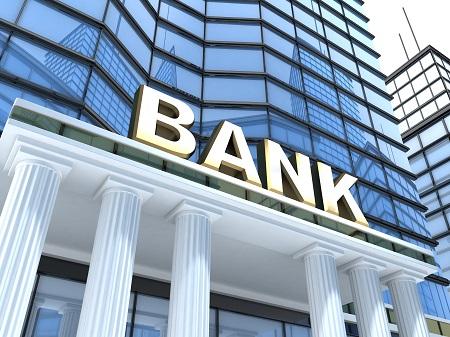 The speaker outlined some of the benefits of opting for a third-party vendor, including cost cutting, more focus on core business elements, tapping into intellectual “capital” and catalyzing digital transformations.

Some of the most sought-after avenues for outsourcing include a cloud-first strategy and implementing intelligent automation.

However, with outsourcing comes new concerns: privacy, politics and regulations chiefly among them. Fattah outlined the importance of a vendor management program, where onboarding vendors becomes a fully vetted process. He reminded attendees of the strategic, reputational and regulatory impact of this system. He said enterprises must “vet vendors appropriately.”

Now, are third-party vendors the weakest link in the security chain? For a time, the user was considered the weakest link. But poor security posture at the vendor level does reflect on the organization.

Fattah said the “principle of least privilege” still applies, along with other fundamentals. He said you do not “deviate just because you do business with a third party.”

Social Engineering: A Thorn In The Side

Kron cited ransomware, CEO fraud and other social engineering tactics as top organizational concerns. Kron said research shows 55% of people will click on a phishing link in under 60 minutes.

However, he said security has progressed beyond the “Nigerian Prince” phishing campaign; it’s become more sophisticated. Some phishing instigators even utilize spelling and grammar checks before firing off their messages. The corresponding services guarantee higher click rates, too.

Kron also said that in CEO fraud-type phishing events, the biggest driver is “urgency,” which gets users to open messages. He said “bad guys” will go as far as perusing LinkedIn to study the company dynamic, to know which title(s) to use for name recognition.

One of the more prominent components to Kron’s session was the outlook for RaaS, or Ransomware as a Service. He said that you no longer have to be technical to push a phishing campaign – and see it propagate. That’s because there are Dark Web services that take care of the back-end infrastructure.

“You can now be some conman who doesn’t have to be technical,” Kron said, before adding that you simply need a faulty moral compass and the ability to craft an email. 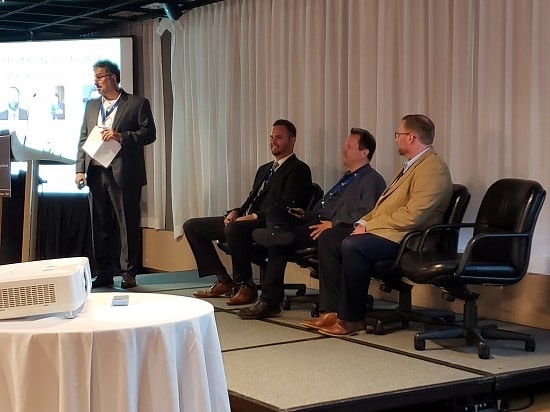 Day 1 of the Financial Services Exchange came to a close with “Ignite Sessions” on sensitive data, third-party risk management and collaborative channels.

Stay tuned to the Cyber Security Hub for continued coverage of the Financial Services Exchange!

Be Sure To Check Out: Catch Up Or 'Swat Flies': Cyber Security Expert Touts AI, ML