The March 19 episode of “Task Force 7 Radio” discussed everything from secure transactions using the ledger technology of blockchain, to governmental resistance to cryptocurrency.

In the show’s opening segment, Rettas discussed the uncertainty surrounding digital currencies like Bitcoin. He cited a recent episode of “Mad Money” with Jim Cramer featuring FireEye CEO Kevin Mandia, where Mandia said that it’s faster and easier to make money stealing digital currency than it is real currency at this point. The anonymity of cryptocurrencies creates a challenge for cyber security experts.

Rettas then discussed blockchain technology – a distinctive recording structure than can document any transaction through a global online database. Rettas called it a giant, global spreadsheet, accessed by millions of computers. Because it’s peer-to-peer, it does not require intermediaries to authenticate or settle transactions.

Rettas was then joined by Sanford, who discussed the impact of the ledger and Bitcoin. She outlined Bitcoin’s nearly decade-long history, saying it was the first decentralized digital currency, created in 2009. For blockchain, it has since been used by industry, governments and other sectors for recording and transactions. Sanford also outlined the volatility of the current Bitcoin market, saying that it’s experienced meteoric growth and a sort of stall-out period. As Sanford added, there are also now more than 30 different types of cryptocurrencies. She called the market “fast and wild.”

On both Google and Facebook banning cryptocurrency ads on their platforms, Sanford said, “The reason they did it is precisely because of the volatility. If you take a look at what’s happening around the world, this currency is something that people are not used to. Governments are concerned about it – it’s decentralized, and not backed by anything. That has some people concerned; it has governments concerned.”

For Google and Facebook, Sanford said they’ll “ban anything that looks a little risky” – financial products or misleading or deceptive ads. She cited extreme uncertainty with cryptocurrencies in the executive decision.

Perhaps the larger question, though, is whether the currency is actually legitimate. Sanford said that “some jurisdictions are looking at this” – as cryptocurrency has managed to gain recognition as a mainstream currency in some circles, but is still somewhat limited. She said nations such as Canada, Australia and Japan have accepted its use. Others warn citizens to be careful with the currency, saying it could be used as a vehicle for international money laundering, tax evasion schemes or terrorist financing.

She said that India is concerned about the virtual currency and its Ministry of Finance made a statement likening cryptocurrency to Ponzi schemes. Sanford added that the nation is also taking steps to ban it. “It’s Parliament wants to take strong measures to eliminate the usage of cryptocurrency in illegitimate activity or as part of the payment system.” The cyber expert also said China fails to recognize the currency as a payment tool, and has blocked cryptocurrency exchanges on social media. Among its money laundering laws, Bangladesh also says that those who dabble with cryptocurrency transactions could face 12 years in jail, Sanford said.

How will Bitcoin affect enterprise operations, though? Sanford said that it’s a “real concern.” She said three European regulators called cryptocurrencies “highly risky assets” that are unsuitable for investments – including savings and retirement planning. Plus, the risk of criminal liability could spell doom for an organization. 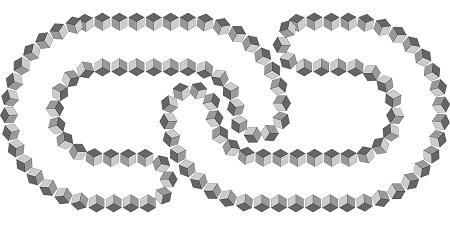 How do the various cryptocurrencies compare? The “TF7 Radio” guest said that “one stands out as being different.” Bitcoin is repressed in the Arab World, she noted, but a Dubai-based technology firm came up with a different cryptocurrency called OneGram – which is accepted under Sharia Law and is backed by gold.

“Some believe it will make a difference in the Islamic world and that this Dubai (version) could become a prime investment model around the globe,” she continued.

While countries may be hesitant to embrace virtual currencies, they also do not want to fall behind the curve. Sanford said there have been conversations in other countries – i.e., Russia, Japan and Sweden – about creating some kind of cryptocurrency or cryptocurrency-based solution. She said some central banks are looking into the method and launching research projects or pilot studies to see what other avenues are available. Could the result be a government-regulated or government-backed cryptocurrency? It’s possible, the guest said. Further, Sanford said many countries – i.e., England, Canada and the Netherlands – are exploring different ways of using blockchain so that they’re comfortable with the “product.”

Piggybacking off the lack of comfort in the emerging space, Sanford said that investors are warned against inserting prime assets into Bitcoin. “It is risky,” she said. “Each person, each investor or business has to ascertain the benefits as well as the risks.” She said that in February 2017, the Bitcoin market was worth $19 billion and experienced 1,800% growth since.

For blockchain specifically, Sanford added that it does have the ability to revolutionize the tech space. The cyber expert said that because of its transparency and level of security, it’s been adopted in many industries and sectors – the supply chain, industry, commerce, etc. “There are so many different ways of using the technology to record transactions and information. It could revolutionize the way we do business.”

When it comes to cyber-attacks, the “TF7 Radio” guest said that blockchain makes it harder for digital data to “go rogue.” Hackers would need the correct digital keys to make any changes in the ledger. They cannot go in and modify the block without one of those keys. She predicted that in the next 5-10 years, its adoption rate will continue to climb.

While Sanford called the technology “very safe” (for transactions, records, audit trails, payments, etc.) and helpful for reducing time delays from human mistakes, she also said that the potential of key-access and breach could mean that sensitive information is made public.

“Blockchain enables us to do transactions, commerce and exchange money in a relatively fast, easy manner, but is it really hack-proof?” Sanford said. “…Nothing out there is 100%.”

"It's a public ledger," she continued, "if anyone gets a hold of that digital key, all of that information will be leaked. There's also a lack of privacy on the blockchain data system -- it all becomes public if it's leaked. That's a concern for some people..."

Be Sure To Check Out: Inside The Life Of Former FBI Agent's International Cyber Security Stings