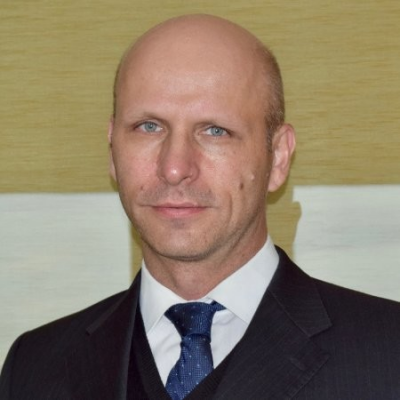 Dr. Sebastian Wedeniwski is the CIO Technology Strategy & aXess at Standard Chartered Bank. He joined the Bank in April 2017 and is based in Singapore. In this role, he is leading the Bank’s technology and data strategy, enterprise architecture and is driving the Bank’s digital and innovation agenda across the Bank’s markets and business segments. Sebastian is pioneering foundation services, building and operating the aXess platform for Open Banking both internally and externally to offer developers open access to the Bank’s open source code for banking products and its APIs, applications, and libraries. Sebastian is globally building and managing aXess Labs for in-house developers and external partners, and in co-location aXess Academy as a technology learning institute to up skill the technology expertise of the Bank for platforms and partnerships. He manages the bank-wide Technology Standards and API lifecycle.

Prior to joining Standard Chartered, he was an IBM Distinguished Engineer and the Chief Technology Officer for IBM's global Industrial Sector and started his career as chief IT architect for payment systems in banking environments at IBM Research & Development Laboratory Germany in 1998. Sebastian was a member of IBM’s global Technology Leadership Team, IBM Academy of Technology Leadership Team, and the IBM Industry Academy. He was from 2014 to 2016 on an IBM International Assignment in Japan. Before he joined IBM he has founded two software development companies.

Sebastian has more than 34 years experience in the IT and 15 years in the automotive industry.

Sebastian is a mathematician and computer scientist by background, he graduated both in Mathematics (Cryptography) and Computing Science (Computational Mathematics) in 1997 and received his Doctorate Degree in Mathematics (Number Theory) from the University of Tübingen in 2001. Sebastian has published multiple books and owns several patents.

In today’s volatile economic environment, Enterprise Architecture is well positioned to become the main driving force in digital transformations that enable businesses to continuously evolve as local and global conditions change. This inspiration keynote will cover:

Check out the incredible speaker line-up to see who will be joining Sebastian.