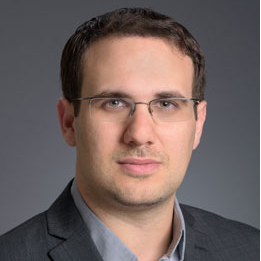 Nir Gaist, Founder and CTO of Nyotron, is a recognized information security expert and ethical hacker. He started programming at age 6 and began his studies at the Israeli Technion University at age 10. Nir has worked with some of the largest Israeli organizations, such as the Israeli Police, the Israeli parliament and Microsoft’s Israeli headquarters. He also wrote cybersecurity curriculum for the Israel Ministry of Education. Nir holds patents for the creation of a programming language called Behavior Pattern Mapping (BPM) that enables monitoring of the integrity of the operating system behavior to deliver threat-agnostic protection.

Check out the incredible speaker line-up to see who will be joining Nir.

Back in 2005, Marcus Ranum wrote in his “The Six Dumbest Ideas in Computer Security” article that, “sometime around 1992 the amount of Badness in the Internet began to vastly outweigh the amount of Goodness”. So why are we still focused on chasing “badness”? This approach might have been sufficient in the 1990s and arming ourselves with just an antivirus and a firewall gave us a sense of security, but this is definitely no longer the case.
Take-aways:
•Understand the definition of Negative Security and Positive Security models, with examples, advantages and disadvantages
•Describe the attack kill chain and intentions behind most attacks
•See demos of advanced attacks that bypass the majority of existing security controls
•Learn how to correctly implement defense-in-depth best practices