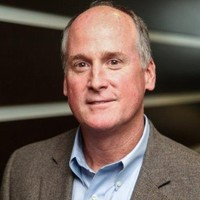 Paul oversees a team of 165 subject matter specialists in Nashville, 60 regional leaders across the US and UK, and approximately 3000 facility security officers. He is an innovator who saw an opportunity for synergy and efficiency, and developed the business case to persuade Company leadership to bring Cyber Security, Privacy, Physical Security, and Information Governance together into one team in 2012.

Highlights of Paul’s career include:

Paul has Bachelor’s and Master’s degrees in Resource Economics from the University of Florida, completed the National Security Studies program at the US Naval War College, holds the National Association of Corporate Directors/Carnegie Mellon University CERT Certificate in Cybersecurity Oversight, and is part of the Leadership Nashville class of 2018.

12:30 PM Establishing a Culture of Comprehensive Vigilance within Both Your Cyber & Physical Security Teams

The evolution of the Internet of Things into the Internet of Everything has profound consequences on clinical settings and requires the development of a comprehensive strategy to create synergies between cyber and physical security assets. Join Paul Connelly, CISO at HCA Healthcare, as he shares how he’s leveraging the convergence between the two functions to protect both sensitive, HIPPA-protected patient data as well as his organization’s varied physical assets.

Participate in this session to gain insights into:

Check out the incredible speaker line-up to see who will be joining Paul.